A homeless man linked by police to several attacks near the Cal campus has been charged with using a stick to assault two UC Berkeley students Oct. 21, according to court papers.

Thirty-year-old Lucas Glassy remains in custody this week at Santa Rita Jail in Dublin, according to booking records online.

Last week, The Berkeley Scanner wrote about Glassy's arrest, but more information became available Oct. 25 when charges were filed against him by the Alameda County district attorney's office.

On Oct. 21 just before 10:10 p.m., several teens had been walking together on Durant Avenue near Ellsworth Street, one block south of UC Berkeley, when a stranger confronted them, Berkeley police wrote in charging papers. 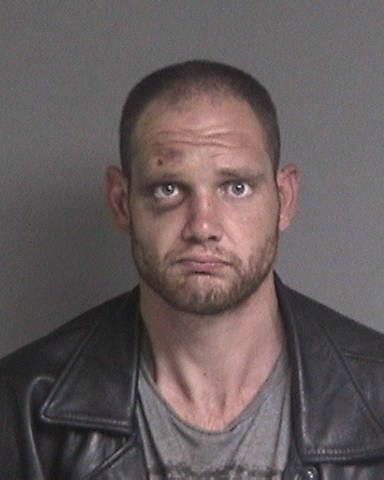 The man cursed at the young men and used a stick to assault two of them, police wrote. He then chased them down Durant Avenue until they split up to escape, Berkeley police wrote.

Glassy was arrested a short time later on Telegraph Avenue near Haste Street, police wrote. He was identified by several witnesses as the assailant, BPD said.

On Oct. 25, the DA's office charged Glassy with two counts of felony assault with force likely to produce great bodily injury along with several special allegations that could result in a stiffer sentence if Glassy is convicted, according to court papers.

Glassy's most recent criminal charges in Alameda County were filed in January of this year in connection with several incidents from 2021 involving allegations of felony assault, criminal threats, robbery and vandalism.

In February, Glassy was convicted of felony assault with force likely to produce great bodily injury; the other charges were dismissed as part of a plea deal.

In March, Glassy was placed on probation until March 2024, according to court records reviewed by The Berkeley Scanner.

Police told The Berkeley Scanner that Glassy had been linked to two other attacks near campus on Sept. 29, but charges have not been filed in those cases.

He had been arrested after those incidents, but he was eventually released from jail without new charges, according to court records reviewed by The Scanner.

It didn't take long, however, before he was back in custody.

Glassy is now being held on $60,000 bail and is scheduled for a pretrial hearing Nov. 15 at Wiley Manuel Courthouse in Oakland.

Police believe the Maserati may have been taken during a recent Bay Area carjacking.
David Prendez has a long rap sheet and has already gotten into trouble for sexual offenses on campus property during the current school year.
On Wednesday, police shared a video of the man they say is responsible for trying to kidnap the woman and making sexual threats.